Batman: The Long Halloween takes place in the early days of Batman. It follows Batman: Year One and sets the stage for all the super villains Batman fights throughout his career.

Batman teams up with a young Lieutenant Gordon (he’s not the Commish yet) and District Attorney Harvey Dent to solve the murders. They dub the serial killer ‘Holiday’ since he (or she) only commits murders on a holiday.

In Batman’s early career he isn’t faced with super villains like the Joker, Penguin or Bane right away. He initially starts out fighting the criminal underworld in Gotham City led by mobster, Carmine “The Roman” Falcone. Falcone and his rival Sal Maroni play a pivotal part in the series.

The first murder, on Halloween, is Falcone’s nephew, Johnny Viti. Falcone immediately suspects the Maroni gang. As the year unfolds and more bodies add up it’s not clear who the holiday killer is; the clues point to different suspects.

Batman’s actions are impacting Falcone’s operation and Falcone’s men aren’t able to stop Batman. Falcone turns to any even seedy group. Falcone begins to hire ‘freaks’ to get rid of Batman. Throughout the year long murder spree we are introduced to Batman’s iconic foes.

It’s the first introduction to the Rogue’s Gallery, even though all the villains have long standing history in the Batman comic books. Falcone hires The Riddler, Joker, Poison Ivy, Mad Hatter, Scarecrow and more.

While this is a Batman story it’s also a story about Harvey Dent. We see Dent’s character revealed, how he handles crime and his failing marriage. But the real masterpiece is the transformation of Dent and the origin story of Two-Face.

Maroni turns state’s witness and during the trial Dent is questioning Maroni about Falcone’s involvement in the Holiday murders. Maroni pulls out a container of acid and throws it in Dent’s face. Dent can’t come to terms with his new appearance, is driven into madness and transforms into Two-Face Harvey Dent.

Dent embraces his dark side and teams up with the freaks he was protecting the city from. As Two Face he isn’t held back by the laws and customs of civilized society and rids Gotham of the mobsters.

In the end the murders are solved, Holiday is caught and confesses. As Batman and Gordon are wrapping up the case Two-Face tells them there was more than one killer. The final pages of the comic reveal the real Holiday killer.

Batman: The Long Halloween is a fantastic story set in the early years of Batman’s career. One of the minor story arcs is the relationship between Bruce Wayne/Batman and Selina Kyle/Catwoman. Both appear to know each others secret identities and keep it a secret as they embark on a romantic relationship. It’s complicated and well written.

Batman: The Long Halloween is a must read for any fan of Batman. It’s a great murder mystery and a great look into the early life of Batman.

Early this summer, DC released a two part animated movie of Batman: The Long Halloween. Each part is approximately 90 minutes long, making the full move almost three hours. It’s a good movie and a faithful adaptation of the comic series.

It’s not available on a streaming service but you can rent it from Amazon.

As you get primed for the Halloween season, add Batman: The Long Halloween to your list of must read (or watch) Halloween entertainment.

Taking place during Batman’s early days of crime fighting, this new edition of the classic mystery tells the story of a mysterious killer who murders his prey only on holidays. Working with District Attorney Harvey Dent and Lieutenant James Gordon, Batman races against the clock as he tries to discover who Holiday is before he claims his next victim each month. A mystery that has the reader continually guessing the identity of the killer, this story also ties into the events that transform Harvey Dent into Batman’s deadly enemy, Two-Face.

Every time I see a list of movies that came out in certain years in the ’80s, I’m amazed, and 1985 is no exception. So many movies that I still hold in high regard came CONTINUE READING…

Looking Back at Captain N: The Game Master

2019 marks the 30th anniversary of NBC pushing the start button on the Nintendo series, Captain N: The Game Master as part of their Saturday Morning lineup. CONTINUE READING…

I recently received an amazing package in the mail from a friend who had inherited his older brother’s childhood collectibles. Mixed among the comic books and Marvel Universe trading cards were a cardboard time capsule of the ’80s that I was not expecting, Garbage Pail Kids! CONTINUE READING…

Save 20% Off Your Entire Order With Our Exclusive Coupon Code! Click Here Now!
About Pitfall Gary 97 Articles
Just your average Gen X'er. Born in the 70s and raised in the Decade of Decadence! I rode my bike without a helmet and was home when the street lights came on. I love to reminisce about the good ol' days; Movies, TV, music, if it happened in my childhood I'll share it with you.
Website Instagram Twitter 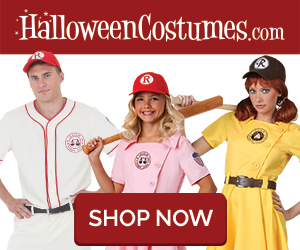