As a young girl in the 1980’s, Strawberry Shortcake and her friends made appearances at birthday parties, in Easter baskets, and under the Christmas tree. Like every other licensed character, Strawberry Shortcake characters were featured on everything from clothing and bedding to cereal and Betty Crocker blueberry muffin mix. (Well, maybe the muffin mix was a unique opportunity for product synergy.)

I thought it might be fun to do a Top Five list of my personal favorite characters from the line and share some memories from when I received them. The dolls in this list were all dolls I owned and played with from the ages of three to ten years old. When I was ten to twelve, they became knick knacks, posed on the carousel from the line until I was about twelve when they were put away for good until recently when two things happened:

2. I found retro podcasts like The Retro Network, The Rad Years, My So Called Whatever, Purple Stuff Podcast, and Nerd Lunch. I started celebrating the fun of my childhood and teen years in the 1980’s and 1990’s respectively.

These are my top five characters from the Strawberry Shortcake toy line by Kenner in the 1980’s. These are only the dolls, not playsets, even though I did have several of those as well. Watch this 1982 commercial as a refresher and then check out the list…

I’ve always had a fondness for curly-haired dolls, probably because my own hair was always so straight. Lemon is one of my favorite scents and flavors, especially during the summertime. It’s clean, crisp, and refreshing. When I order my Girl Scout cookies, I always save a couple of boxes of the lemon flavored ones to have with my iced tea.

As for when I received Lemon Meringue, she was not a birthday or holiday acquisition. I remember being at Lionel Kiddie City at Cumberland Mall in Georgia. I also remember that she was a reward for something, but I don’t remember if it was for a report card or cooperating at a doctor’s visit. 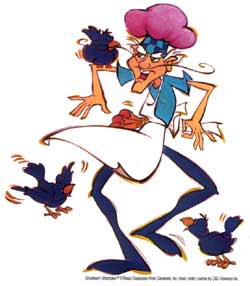 I love alliteration and he had the market cornered. His name was just as twisty as his purple mustache. I don’t remember him doing anything worse in the cartoon than sabotaging baking contests, but he twirled his mustache as menacingly as any other dastardly villain, animated or live action. His scent was a fairly strong cinnamon scent and unlike the other dolls in the line, he had painted-on hair.

This one I know for sure I received for Easter because I have photographic evidence: at least four photos of myself holding, as I called him when I was little, “The Pie Guy”. In about three of the pictures, my brother and I are standing in front of a counter topped with dyed eggs. In another picture, I’m wearing a bonnet and sitting beside my Easter basket.

As a writer, I love language and for a toddler, Apricot had an impressive vocabulary. I dressed as Apricot for Halloween one year. I wore the smock, no mask. My hair was in pigtails, but that was my everyday hairstyle at that time. The other thing I loved about Apricot was that she had a pet bunny, Hopsalot and I really like bunnies. Apricot also appeared in the Strawberry Shortcake cereal commercials.

Unfortunately, this is one of the dolls where I don’t have a picture or significant memory of receiving it. Maybe she was a birthday or Christmas present.

I know this is going to be a shock for a lot of you. How could the title character of the franchise not be the favorite?

As a character, Strawberry is a leader in the best sense of the word. She’s even kind to the Purple Pieman and uses her “Berry Talk” to unnerve him in his efforts to steal the fruit the children grow and sabotage baking contests. That’s the biggest threat the villain in this world poses.

So which character is my “berry” favorite if it’s not Strawberry Shortcake herself?

Blueberry wore her blue hair in pigtails, just like I did. (Of course, mine was brown, not blue. There are always Halloween wigs, right?) I also liked her smock style dress and muffin wrapper inspired bonnet. Blue was and is my favorite color, even if I did mispronounce it when I was little as “byew”.

As simple as they may have seemed, Strawberry Shortcake stories were mostly about about friendships, cooperation and acceptance. Learning how to treat each other with kindness and respect. Honestly, who wouldn’t like to see more of that these days?

About Karen Flieger 67 Articles
I was born in the late 1970’s, spent my childhood in the 1980’s, and my pre-teen and teen years in the 1990’s. I graduated from Kennesaw State University in 2001 with a B.A. in English. I collect various forms of media (books, music, movies, and television shows) as well as plush toys, dolls, and Funko figures.