One of the most popular areas of retro culture these days is that of video gaming.

Video games have been around for 50 years or more, and many adults have grown up playing games that haven’t dated well. One great example is GoldenEye 007 on the N64; it was a superb game back in the day, but it plays horribly in 2022. However, there is still a real thirst for retro games, and some play pretty well.

Retro games can be found everywhere in 2022. Some PC owners download emulators to play the games of their childhood, whilst others adapt a Raspberry PI to do the hard work. Games inspired by retro titles are popular on mobile devices for those less technically inclined. Sonic The Hedgehog has had several digital versions, although Digital Trends reports they’ll soon be delisted as a new game is imminent. You can see the influence of retro games among the online slot titles from Foxy Bingo, with Space Invaders and Worms Reloaded taking familiar branding and repurposing it for a different genre of game. Those are both recognizable titles, as are Pac Man and Tetris, two more old games with releases on Android and iOS.

One video game genre that it is difficult to enjoy a retro experience with is sports simulations. They tend to be in-depth, and it is challenging to find engrossing sports games that came out decades ago. The limited processing power meant a game had to be incredibly playable to stand out from the crowd and still do so today. Like GoldenEye 007, many have aged badly, but there is a handful worth checking out in 2022.

Here are our five picks.

Tecmo Bowl is one of the sports games on our list which has been replicated on mobile, and gamers of a certain age will still look back fondly on the originals. They were a lot of fun to play and benefited from licenses with the NFL and NFLPA. It was over-the-top arcade fun, but that was what spots games had to be back in the day; fun to play, not simulations. This 1987 captured a moment perfectly.

Wrestling might be sports entertainment in real life, but landing punches and kicks on screen was very real, so we include this 1991 classic. It had a great roster of now-classic wrestlers, such as Legion of Doom and the Ultimate Warrior, and whilst it wasn’t a serious take on wrestling (if there was such a thing in the eighties) it was a top arcade game. You can find it in a couple of places to play at home today, and you’ll enjoy doing so.

Super Dodge Ball came out on the Nintendo Entertainment System and we cannot fathom why there hasn’t been a more recent adaptation. It’s loads of fun and tweaked the accepted rules of dodgeball, so players had a health meter and weren’t out if the ball hit them once, only when their bar depleted. It was comical and unusually fast for a game of its age. That speed and element of fun make it a sports game you can revisit and not feel disappointed.

Super Monaco GP started as an arcade title and quickly made it onto the Sega Genesis. Car racing games have always been a key battleground for different machines (think Forza and Gran Turismo on the current-gen consoles), and this title gave Sega a huge boost. There was a bit of controversy surrounding the game; the developers were sued as they had parodied the McClaren sponsor Marlboro as Malbobo. It wasn’t the only major sponsor to be parodied, and eventually, the lawsuit was just branded as a publicity stunt by the company. It had great exposure and among sports games, it was a huge amount of fun.

The sound in the video clip is almost unbearable, but that’s what older gamers had to put up with! NBA Jam was a great multiplayer game that doubtlessly used to get played with a CD in the background. The game was a lot of fun, with over-the-top jumps and acrobatics for some dunks. With secret players to find and different game modes, it did have elements of today’s video games, just with the likeability of the old-school titles. 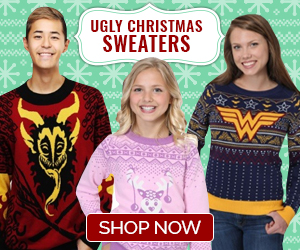